Boosie Badazz responds to NBA YoungBoy who dissed multiple artists including Boosie Badazz, on the new song “I Hate YoungBoy.”

On Boosie’s new song “I Don’t Call Phones I Call Shots” off the deluxe version of his latest album Heartfelt, the 39-year-old rapper appears to have responded back to YoungBoy.

“First and last time speaking on this,” Boosie raps. “If you felt that way, why you ain’t call me on my phone number?/Bi—h you know you wrong, clearin’ all these n—-as songs/Don’t go clear a n***a’s song, but fake it like you a n—-a dog/That’s that fake s—t/Don’t speak on me no more lil’ n—-a, you know I don’t go for that/Let’s keep it real dog, you was a ho for that.”

Boosie’s response comes after YoungBoy released his latest song and mentioned the rap veteran. “Feel like Boosie don’t even like me, bi—h, don’t call my phone (F-k you),” raps YoungBoy in “I Hate YoungBoy.”

Listen to Boosie’s response to “I Hate YoungBoy.” 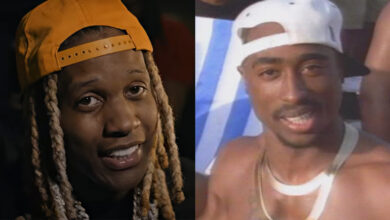