Hours after LL Cool J responded to Akademiks “dusty” comments, Ak fires back explaining why he can’t respect the pioneers of hip hop.

LL Cool J isn’t happy with Akademiks comments about older artists who contributed to the genre and culure. But for Ak, it’s not about LL, it’s about the pioneers that “have failed us.”

“I’m not going to diminish anybody. LL is a legend. The reason this is a thing is cause LL said it! Cause when I said what I said it was just kinda floating.” Ak explained. “But, when he responded, now it’s a thing.”

“I’m not anti LL, but I also don’t see LL as one of the founders of hip hop,” Akademiks stated on his live Twitch. “When I say looking dusty, I see a lot of older people in hip hop, they have a lot of critique of the newer artists. I think most of the critique is bullsh*t. Ima be very clear. The reason why I think it is bullsh*t, what I realized in hip hop in talking to thousands of artists, hip hop artists back in the day did not have the education like hip hop artists now.”

Akademiks also questioned The Breakfast Club, challenging the morning show to play his clarification and response to LL Cool J. “Today is Thursday, ya’ll can post it on Friday,” Ak said. “I just want The Breakfast Club to be fair.”

This all started when Akademiks went live on Twitch and called “old rapper” dusty. “them old rappers, man. Have you seen any of these old rappers who be like, yo, they’re the foundation of Hip Hop really living good?” he said. “Them n****s be looking really dusty, I kid you not. And none of y’all try to come for me ’cause I don’t f**k with y’all n****s either, so I’m just telling y’all the truth. Every time there be like an old, old n***a talking about Hip Hop, you be like, ‘Yo, bro. You sure you invented this? ‘Cause everybody else is looking better than you.’ Facts!,” Ak said.

These comments by Ak did not sit well with many, but did catch the attention of legendary hip hop artist, LL Cool J. Although LL did not mention Ak by name, he was clearly responding to Akademiks comments on Twitch.

“It came to my attention that a DJ — and I’m not gonna say any names ’cause I don’t think it’s necessary — a DJ basically said that a lot of the pioneers in Hip Hop, they’re dusty or how can they be the person that invented Hip Hop if they don’t have a lot of money, or if they don’t represent like they have a lot of dough,” LL said via a video uploaded on his Instagram.

“Approach this game with humility and be glad and be thankful that these pioneers helped create this culture. And let’s show them love, let’s elevate them, let’s celebrate them … There are people that started this thing, and I think that they deserve to be honored and respected.” 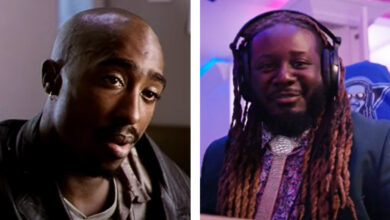